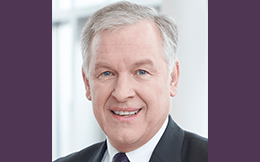 Provincial Government of Lower Austria, AT

Minister of the State Government in representation of Johanna Mikl-Leitner, Governor of Lower Austria.

Dr. Martin Eichtinger joined the Austrian Foreign Service in 1986 and served as personal secretary to the Foreign Minister. His early diplomatic assignments included Mexico and Washington, D.C., where he headed the Austrian Press and Information Service from 1992-1999. Between 1999 and 2007, he was Chief of Cabinet of the Austrian Special Representative for Payments to Former Forced and Slave Laborers of the Nazi-Regime, Director for International Affairs at the Austrian Federation of Industry, manager in a private company, Chief of Staff and later Secretary General of the Austrian Federal Ministry of Economics and Labor. From 2007 to 2010, he served as Austrian Ambassador to Romania and the Republic of Moldova. From July 2010 to January 2015, he was Director General for Cultural Policy at the Austrian Federal Ministry for Europe, Integration and Foreign Affairs. Since January 2018, he is a member of the Provincial Government of Lower Austria responsible for Housing, Labour and International Relations.