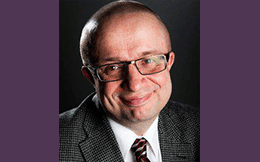 Academician Markku Kulmala directs the Institute of Atmospheric and Earth System Research, INAR, and has served as a professor at the University of Helsinki since 1996. Kulmala also acts as coordinator for the Centre of Excellence, appointed by the Academy of Finland first time in 2002 and for Nordic Center of Excellence, appointed by Nordforsk (“Cryosphere-atmosphere interactions in a changing Arctic climate” CRAICC), which is the largest joint Nordic research and innovation initiative to date, aiming to strengthen research and innovation regarding climate change issues in the Nordic and high-latitude Regions. Prof. Kulmala together with Prof. Pertti Hari is the primary inventor of the SMEAR (Stations Measuring Ecosystem Atmospheric Relations) concept. According to the ISI Web of Knowledge, M. Kulmala is in the first place in the Citation Rankings in Geosciences (since 1.5.2011). His H-factor is 103. Prof. Kulmala has received several international awards such as the Smoluchovski Award (1997), the International Aerosol Fellow Award (2004), the Wilhelm Bjerkenes medals (2007), Fuchs Memorial Award (2010), Litke Medal (2015) and The Wihuri International Prize (2017). In 2015 he was acknowledged by a membership of the CASAD, Chinese Academy of Sciences, (CAS). Kulmala together with the Prof. Sergej Zilitinkevich is the initiator of the large scale multi – disciplinary Pan-Eurasian Experiment (PEEX) Program (https://www.atm.helsinki.fi/peex/).

We will identify how to communicate so that our message is heard and understood. What are the critical elements of successful communication? Communication pitches: Sell your story.

Stakeholders´ feedback to scientists. What are the key focus areas for future science really relevant for decision makers? We strive for impact! How are we going to take this forward?

The Science-Stakeholder Dialogue will stimulate exchange of scientific knowledge and the stakeholders’ perspective on climate. The dialogue will be introduced by a Science Keynote by Werner Kurz, reporting back from the scientific sessions followed by a discussion with five panelists from policy, industry and CSOs.